What happens if you overdose on drugs and are sent to a hospital? Well, obviously, they try to help you. But, what if you have drugs or paraphernalia in your pocket? Unfortunately, in most cases, you are arrested as soon as you are released. 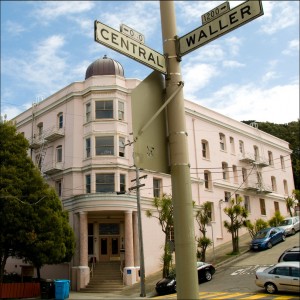 Some California lawmakers would like to make it easier for drug users to get help and harder for law enforcement to arrest them when they are caught with drugs.

A proposed law, AB 472, would protect these users seeking medical treatment from being prosecuted for drug crimes. The idea is that the legislation could potentially save some lives during a time when overdose deaths are rising.

According to the LA Times, the law was proposed by Assemblyman Tom Ammiano who says that it shouldn’t be a crime to be high or have illegal drugs in your possession when seeking medical assistance.

“I’d rather have my kid around to yell at than to attend his funeral,” said Ammiano.

Arresting someone who overdosed for possession of heroin, for instance, does nothing for anyone involved. It doesn’t help the addict, or teach him a lesson (the overdose hopefully did that). It also doesn’t protect society. If anything, it’s just another tally mark on the police department records—another arrest.

Being smart about our resources is crucial when police departments and prosecutors are struggling like every other government agency, forced to make do with less money than years past. To prosecute someone who sought out medical help for being under the influence of drugs or for having a syringe in their pocket is a waste of resources and time.

The bill was sent to the governor earlier this week along with several other unrelated pieces of legislation.

Overdose deaths are on the rise in California and across the nation, due at least in part to increased heroin use and the abuse of prescription drugs. Those people who kicked off the prescription drug use craze about ten years ago have since graduated to cheaper, and stronger, drugs—namely, heroin.

By changing to a stronger and cheaper opiate, they can get high for a fraction of the price, though the risk of overdose is always there.

With the passage of this bill, state lawmakers could show that they do have some sympathy when it comes to those struggling with addiction, that there are some lines that won’t be crossed in the name of the War on Drugs.

If you are charged with a drug offense, contact us today. Whether you are being prosecuted for possession of heroin or paraphernalia, or if you are accused of drug sale or distribution, we may be able to help.