Usually it’s the defense lawyers and the drug legalization advocates that refer to addiction and drugs in general as a “public health matter,” and not something that needs to be handled in the criminal courts. But, San Francisco District Attorney George Gascón believes the same thing—quite a statement for someone in his position. This position paired with limited funds has led the San Francisco Police Department to focus less and less on drug crimes in recent months. 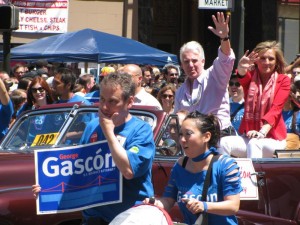 According to the Wall Street Journal, drug arrests in the South of Market area, a known drug area, fell 40% in the first half of the year, along with a 14% drop in drug arrests over the entire city.

The drop in drug arrests comes as the SFPD focuses its limited resources on violent crimes.

Gascón has said that drug possession is a “health issue” and not one that the courts should have such a big role in. He has “fought at the state level to give the discretion to charges simple possession cases as misdemeanors instead of felonies.”

Most District Attorneys in his position are still caught up in the arrest and prosecute craze—still wanting to boost their “wins” no matter how minor or serious the charge may be.

The SFPD has faced a 10% staffing cut and a $600,000 in grants for drug enforcement over the past two years. These two factors have forced them to shift focus.

Minor drug offenses including possession and what is known as “hand-to-hand” drug deals are no longer a priority. Even using undercover officers to purchase drugs and then make arrests is a practice that has decreased.

Business owners in the areas where the arrests have dropped don’t see a significant problem—in other words, their streets are not any more overrun with drug dealers than they were before the change in police focus.

San Francisco public defender Jeff Adachi puts the arrests in perspective, saying that arresting small time dealers has little impact on drug trafficking overall. “This is not Scarface and John Gotti,” he said of the dealers caught up by undercover officers in what’s referred to as “buy-busts”.

Crime in the city is down overall. So, while most of the decrease in drug arrests is related to the police looking elsewhere, some may actually be due to fewer drug offenses being committed.

If you are accused of any drug offense, you face serious penalties. Most prosecutors don’t have the same permissive attitude about such charges as D.A. Gascon.

Contact us today if you are facing charges of trafficking, distribution, or simple possession. We can offer a free consultation on your case.