The ACLU and advocacy groups agree that California jails could reduce crowding and expenses without sacrificing safety by releasing more people without requiring bail. The idea seems to be working in areas like San Francisco, Santa Clara, and Santa Cruz, but many lawmakers and the bail industry are opposed—saying it undermines the bail system, which they say is designed to keep California safe, according to the San Francisco Gate. 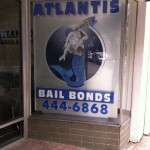 The vast majority of people sitting in county jails have not been to trial. Technically, because they have not been convicted or pled guilty, they are innocent. But with the current bail system, they are held for as long as needed unless they can pay up.

Many, who support less bail and more pretrial release options, say the current system favors the wealthy and makes suffering communities, where people can’t afford bail, suffer even more. After all, what happens to the family of a man who is the sole bread winner but is held indefinitely on drug charges while waiting for trial? The rich guy doesn’t have to worry about that because he can easily fork over the money to be released.

Advocates of pre-release systems point out that when an offender is able to continue to provide for their family and take advantage of programming before trial, it might not only make things easier for him, but could potentially make the community safer.

Generally, if you are released before trial without having to post bail, you are released on your own recognizance. This means you promise to return for future court dates. You may be required to adhere to certain stipulations in the meantime—meeting with treatment providers or checking in as if on probation. But, it’s a far cry from being behind bars.

Critics say that bail helps ensure someone will return to court, because the money acts as an incentive. But advocates for pre-trial release say this simply isn’t true. If someone can afford bail or if they are released without bail doesn’t seem to really make a difference in whether they will return to court. The director of San Francisco’s Pretrial Diversion Project, which oversees offenders out in the community waiting for trial, says about 97% of the offenders they supervise return to court as expected.

Generally, bail is based on the crime you are accused of and whether or not the court feels you are a danger or a flight risk. Sometimes, your attorney can argue for your release without bail.

But the bottom line is that the bail & bail bonds system along with cash bail, is a racket, hurts poor people, costs the state money, and perpetuates the prison industrial complex.