Legal battles continue between states where medical cannabis is lawful, and the Federal Government which doesn’t recognize the legal standing of dispensaries licences by the state.

The federal government would love nothing more than to shutter the doors of all medical marijuana dispensaries in the country, regardless of how the dispensaries are adhering to state law and regardless of what the people of the country want. Such is the case in Oakland, where the U.S. Attorney for the northern district of California filed to have the state’s largest dispensary closed and the property seized. Now, the City of Oakland is fighting back. 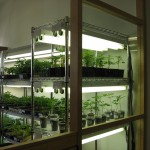 According to NORML, Harborside Health is the largest medical marijuana dispensary in the state of California. The court documents from US Attorney Melinda Haag allege the dispensary is in violation of federal laws by supplying marijuana to state-registered patients.

But, the City of Oakland isn’t ready to surrender the dispensary, or their rights. The city has filed their own documents, challenging the forfeiture, saying the federal government waited too long, among other things.

The dispensary has been up and running for more than five years, and the City of Oakland argues the federal government had a responsibility to step in and seize the property sooner if they wanted to do it at all. They cite the statute of limitations (a legal time limit) and a prior federal appeals court ruling which said the government could not seize $500,000 in a case because they knew about the law-breaking but failed to act within a five year time period.

“This lawsuit is about protecting the rights of legitimate medical patients,” said Oakland City Attorney Barbara Parker. “I am deeply dismayed that the federal government would seek to deny these rights and deprive thousands of seriously ill Californians of access to safe, affordable, and effective medicine.”

The federal government has determined that marijuana dispensaries, approved by the majority of voters in each state where they operate, are the new battleground for the futile War on Drugs.

If you are charged with a marijuana offense, whether you are a medical marijuana patient or not, we may be able to help. You face serious possible penalties if convicted, and a local defense lawyer may be able to assist in minimizing the effects of these criminal charges on your life. Contact us today to discuss your case and your legal options.