When California voters overwhelmingly supported a measure to soften the state’s Three Strikes Law, Mike Reynolds, the man whose daughter was an inspiration for the law called the passage “a great day for criminals and their attorneys.” He said he believed voters were misled and that the new, softer legislation would prevent some of the more dangerous criminals from being locked up. While he isn’t alone in his disapproval of Proposition 34, he is of the minority. And the majority spoke in favor. 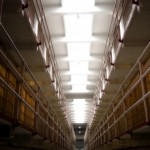 California voters aren’t unintelligent. The positive side of Proposition 34 is unmistakable. This law, which served to dramatically increase the number of Californians serving time, will still allow prosecutors to seek a life sentence for a Third Strike when the crimes are particularly bad, but it will prevent them from going after a disproportionately tough sentence on relatively minor charges.

As it was written, the Three Strikes Law of California, which incidentally inspired many other similar laws in states across the country, ended up sending people to prison for decades on third strikes like stealing batteries or breaking into a church to find a place to sleep. In many cases, where Three Strikes was applied, the punishment did not fit the crime.

Under the changed law, thousands of inmates, sentenced to tougher-than-needed prison terms may be eligible for release. This, again, scares those who opposed the measure.

Reynolds, who no doubt feels strongly about crime and punishment, and other people like him, seem to think that the solution to violent crime is to lock up anyone who may pose a risk in the future. But a system that operates off of this idea would result in an overcrowded prison system, the locking away of people who actually pose little risk, and exorbitant costs. Instead, the criminal justice system must carefully analyze which offenders are most likely to reoffend, and which are most likely to commit serious, violent offenses. That’s exactly what the new law does.

Some will still be eligible for tough third strike sentences. And those who have a history of murder and sexual violence will not be eligible for release under the adjusted law.

Although some might sleep better at night knowing everyone with a criminal record is locked up—that simply isn’t realistic, nor would it guarantee safety. Instead, a “smart on crime” approach is needed to balance justice. And with 69% of voters passing Proposition 36, California is taking steps in the right direction.

If you are facing criminal charges and you already have a criminal history, your sentence could be affected. While your crime may not fall under the Three Strikes Law, a criminal history can garner a tougher sentence. Contact our offices today to discuss the specifics of your case and how we might be able to help.