Voters in California took a stand against draconian and costly criminal justice matters by significantly changing the current Three Strikes Law. Now, eighteen years after the law was originally passed, voters stood up for smart, rather than just tough, criminal penalties.

Proposition 36 was crafted by a group of Stanford University law professors with the assistance of the NAACP Legal Defense Fund. It takes the current law—which prescribed up to a life sentence for any third felony—and restricts it fairly significantly. 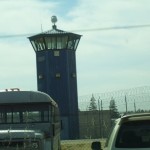 As it was written, “three strikers” (as they came to be known) were being sentenced to decades behind bars for third strikes like stealing a pair of socks or breaking into a homeless shelter. The punishments simply didn’t fit the crimes. Now, however, only a select group of felony crimes will be eligible for Three Strikes penalties.

The life sentence that accompanies a third strike will only be applicable when a) the new felony conviction is serious or violent, or b) if the accused is a murderer, rapist, or child molester.

Also, under the new law, the more than 3,000 lifers serving under the old Three Strikes Law will be able to apply for an early release or a shorter term.

“The historic passage of Prop. 36 overturns the long-held conventional wisdom that it’s impossible to fix our most extreme and unjust crime laws,” said David Mills, a Stanford law school professor and cowriter of the measure. “My most sincere hope is that this victory serves as a turning point that inspires others to advocate for more sane and humane criminal justice policies.”

Citizens are becoming more and more aware of how the criminal justice system actually works. We are becoming less likely to be driven by fear of the big bad criminals and more thoughtful in our approach.

“Tonight’s vote on Proposition 36 sends a powerful message to policymakers in California and across the country that taxpayers are ready for a new direction in criminal justice,”  said the director of the Pew Center on the States’ Public Safety Performance Project, Adam Gelb.  “States that have already made some changes to their sentencing laws may be inspired to take a second look, and states that haven’t made significant changes yet may start.”

In this regard, California has laid the groundwork for a more conscientious and smart method of being smart on criminal sentencing, rather than just “tough”.