While marijuana might be called medicine by advocates of its medical benefits, and while medical marijuana might be legal in the state of California, it certainly isn’t like any other medical treatment under California law. This was made even more evident when a state court of appeals ruled last week that trial judges can bar people from getting their “medicine” if they are convicted of a marijuana-related offense.

According to the Silicon Valley Mercury News, the three-judge panel voted unanimously in support of a sentence from Contra Costa County Superior Court Judge Leslie Landau, which prohibited an Antioch defendant from using his medical pot during his three-year probation sentence. 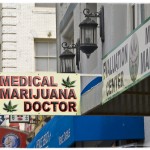 Twenty-eight year old Daniel Leal was convicted of possessing marijuana for sale and was sentenced to nine months in jail and the three years on probation. He was also convicted of carrying a concealed, loaded gun.

Leal’s attorney argued the ban violated his right to use his medicine under the state’s medical marijuana law. But the appeals court ruled that the sentence was okay because of the “abundant evidence of need to rehabilitate Leal and protect the public.”

Leal, on the other hand, said his crime wasn’t related at all to his medicinal use of marijuana, which he takes for high blood pressure.

Justice Anthony Kline wrote for the appeals court, “Leal used Compassionate Use Act authorization as a front for illegal sales of marijuana, sales partly carried out with a loaded semiautomatic handgun in a public park occupied by mothers and their young children.”

On a positive note, however, Kline said that judges must “balance the need to protect the public with California residents’ right to the use of medical marijuana.” He said that there are situations where a ban would not be justified, for instance, if the defendant posed little risk to the safety of the community and there was a compelling need for marijuana to alleviate pain. Leal’s case, however, didn’t prove this compelling need.

While other similar cases, with similar findings, have gone through the state appeals courts, this one was accompanied by a 22-page opinion, perhaps trying to “send a very clear message that if you end up being convicted of possessing marijuana for sale, don’t expect to be able to continue using medical marijuana,” according to Leal’s attorney.

If you are accused of a drug distribution offense, or any drug charge in California, contact our attorneys today for a case evaluation over the phone.