The pressure is on county jails with the new imprisonment law. The law requires low-level offenders to serve their sentence in jail rather than prison, and it’s sending an influx of inmates into the county systems. In an effort to cope with the crowding, some county judges are doing their part to reduce the burden—by using something called a “split sentence.”

A split sentence is one that requires a person to spend part of their sentence in jail and part of it under community supervision, like probation. The sentence, in essence, is “split” between incarceration and probation. While the solution could be placing a heavier burden on probation departments in the state, it could be serving to do more than lighten the load on jails; it could be reducing recidivism rates and actually helping those people trying to reenter society after a term of incarceration. 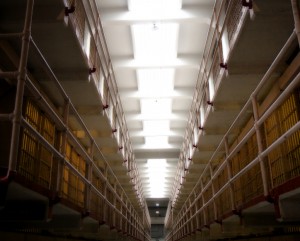 Generally, a jail sentence is spent incarcerated and when it’s served, you are released. Generally, there is little help for you once you are out. You’re on your own, so to speak, in regards to finding employment, a place to live, and more. And for many people caught up in the criminal justice system, reentry can be overwhelming.

When someone who was in jail for a drug charge, for instance, is released without any support or supervision, his chances of relapsing into addiction are dramatically increased. However, if he is supervised under probation, the probation officer may be able to help steer the addict into treatment options, therapy, and the responsibility of submitting clean drug tests each week.

According to the L.A. Times, many judges are latching onto split sentences as a logical solution for the law change. But, the sentences aren’t being applied evenly—not all judges are using them.

“Judges in 18 counties deliver split sentences to more than half their felons, including Contra Costa and San Joaquin. On the other hand, only 5% of Los Angeles County felons, for example, are given split sentences.“

When the probation departments are staffed well enough to handle the increase in supervised offenders, the split sentences could be a useful tool in many regards. While it wasn’t necessarily employed because of the benefit it offers offenders, the new sentencing law will likely have many unintended and beneficial effects.

If you are charged with a crime and facing jail time, it pays to know your options. Depending on the charge, you could be entitled to have your case heard in a drug court or a mental health court, where you may be afforded help instead of just punishment. Contact our offices today to discuss the nature of your charges and how we might be able to help.