When someone spends years or even decades in prison, things change. Both in the outside world and within that person—things change. So, as an estimated three dozen former-three-strikers are now among us after changes in the law, it would be good to give them some reentry assistance. Instead, however, because the laws of California make them ineligible for parole “benefits”, these former-inmates are left to fend for themselves.

“I feel like the Terminator, showing up in a different time zone completely naked, with nothing,” said 48-year old Greg Wilks to the Contra Costa Times, just one of the many who have been released with no support. He served 13 years on a 27-to-life sentence before being freed under the Three Strikes law change. His offense? Secretly living in an empty office and stealing a few laptops from the company where he was a temp. 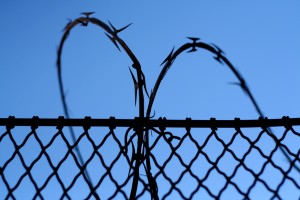 These inmates have served so much of their lengthy sentences that they don’t qualify for parole. Parole would give them assistance in finding somewhere to live, job training, education, and mental health and drug/alcohol counseling. But these men get none of that.

Proposition 36 was a voter-approved initiative that gave thousands of Three-Strikers the ability to petition for early release. If their “Third Strike” was a minor offense and they post no risk to the public, their release could be granted. But, Proposition 36 left the details unanswered, sending many of these inmates into unfamiliar surroundings with no social supports.

The concern here isn’t only that those who are released will struggle or be uncomfortable—much of that is unavoidable. The main concern is that they might reoffend, either out of necessity or to get back to the one place they know they can find “three hots and a cot”. And if they reoffend, it will only add fuel to the fire of those who opposed Proposition 36 in the first place.

In an effort to minimize this risk, a group including the Stanford Law School professors who wrote Proposition 36 are trying to organize a statewide effort to create re-entry services. Using public and private services like homeless shelters and job training organizations, they are hoping they can get these former-inmates the help they need before they turn to drastic measures.

The bottom line is this: the problems with the criminal justice system (on a personal level) don’t end when you are released from prison, cut loose from jail, or sentenced to probation. The effects of an arrest and criminal charge can last long into your future.

If you are facing a criminal charge, contact our offices today to discuss your case and how we might be able to help.