Law enforcement agencies across the country are using federal dollars to purchase militaristic equipment, all in the name of Homeland Security. Many of these tools are being bought with the stated intention of fighting domestic terror. But, anyone with half a mind knows that these agencies are using their new-found, high-tech toys for far more than terror investigations.

The Los Angeles Police Department admits it’s using something called the StingRay, though they are remaining tight-lipped on the details. 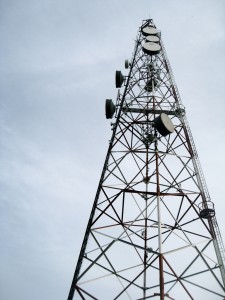 The StingRay is a cellphone spy device. It acts as sort of a dummy cellphone tower and allows the police to locate any cellphone within range. In other words, the device intercepts cell signals from every cell phone in a given area. Yes, if they use it in your neighborhood, it will intercept your location too.

The issue here isn’t only privacy, but also how the LAPD is able to use this device. Are they getting a warrant? They won’t say. It appears in at least some of the cases they have, but they have mischaracterized the device in pursuit of such warrants, calling it akin to a “pen register/trap and trace”, which refers to a phone tap from landline days that acts as sort of a caller id and doesn’t find real-time locations or expose everyone in the vicinity to its spying. In other words, judges approving the use of a StingRay aren’t being fully informed about what it actually entails.

The StingRay makes spying easy. Without it, the LAPD would have to go through cell service providers and a whole lot of red tape. Now, none of that is necessary.

Current privacy laws weren’t written with sophisticated gadgets like the StingRay in mind. Privacy expert and ACLU attorney Linda Lye says the LAPD has “embraced a very permissive interpretation toward obtaining court orders” in regards to StingRay use. And in their defense, the LAPD has said nothing.