Three months after California voters approved Proposition 36, to lessen the impact of the draconian-applied Three Strikes Law, one Los Angeles County judge is sifting through more than 1,000 cases, trying to determine who can be freed. 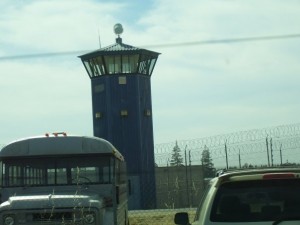 According to the Los Angeles Times, Judge William C. Ryan has the job of looking at each case and determining who (if anyone) poses a risk to public safety—under Proposition 36, those are the only ones convicted under the old Three Strikes Law of non-violent offenses that will remain in prison.

While prosecutors reviewed the files and saw no conflicts with those to be released, Deputy District Attorney Beth Widmark would like to see at least some of them supervised in the community by probation workers. Unfortunately for her, however, the law doesn’t allow it.

Most of the people who are getting their sentences reduced have already served well over the number of years proposed by their newly reformed sentence. This means they can no longer be supervised by the state—they’ve fulfilled their sentence and then some.

Throughout the entire state, around 2,800 people are eligible for sentence reductions, nearly half of which originate in Los Angeles County. Judge Ryan began receiving request even before voters passed the proposition. Inmates filed their own and some used attorneys, but who prepared the request makes no difference to Ryan.

“I’m taking everything, even if it’s in crayon, as long as it has the right information.”

Prosecutors are reviewing the requests as well and even visiting prisons to look through files before determining whether inmates pose any safety risk.

Changing the Three Strikes Law was another move away from the mass incarceration that has so damaged this country. Unfortunately, because of their long prison terms, many of these inmates will struggle once released back into society.

Some communities are pulling together to offer support to those who won’t be supervised or assisted by community corrections. And for many, this support could mean the difference between success on the outside and another criminal charge.

If you’ve been charged with a criminal offense like a drug charge and you already have a criminal history, your sentence could be affected by your past, even if a Three Strikes Law doesn’t apply. Contact our offices today to discuss the specifics of your case and how we might be able to help.