When a police officer fires his weapon upon a civilian, they have to have pretty significant justification. As a matter of fact, according to the U.S. Supreme Court, they have to be acting in reasonable self defense or in the defense of another. But, when an officer in Oakland shoots a civilian, the public isn’t convinced this standard is being met, and understandably so considering they are being investigated by one of their own. 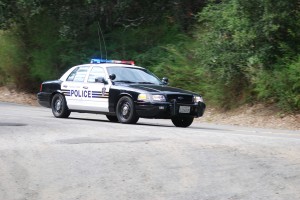 Across California, practices vary. In Oakland and other locales, the District Attorney typically employs a cop or former cop as an investigator. While a detective or police officer may have the legal know-how to conduct an investigation, they come with a suspected allegiance to the silent code of brotherhood among officers. In other words, they are difficult to trust for an unbiased opinion on the matter.

Prosecutors say using a police officer doesn’t necessarily “bias the investigation or outcome of a case,” according to the Bay Citizen. But it certainly doesn’t do anything for public relations either.

“Even though he might not want to be a policeman again, he still has an allegiance to the brotherhood,” said law professor Charles Wolfram from Cornell University. “If they’re from the same department, that could create obvious problems.”

“It undermines the legitimacy of the investigation. At the very least, they should try to find investigators hired by somebody else,” says Stanford Law School professor Deborah Rhode.

When a former police officer is used to investigate the actions of a current officer, the public is left feeling like the “other guy” in a we vs. them scenario. Regardless of that investigator’s skills, it is difficult to trust them with such a heavy responsibility.

Though it truly isn’t “us vs. them” in most scenarios, it can feel that way when you are the one under arrest. You deserve fair treatment and under the current climate within many police departments, it’s easy to feel like you are targeted regardless of your rights or the truth about an incident.

If you are arrested and charged with a criminal offense, whether it’s a drug crime or robbery, we may be able to help. Contact our offices today to discuss your case.