When now-President Obama said marijuana enforcement would be a “low priority” during his campaign, many believed him. Many were caught off guard then as more marijuana raids took place under his administration than any other prior. So when the Department of Justice announced they would be essentially practicing a “hands off” approach to marijuana laws in flux across the nation, some were rightfully suspicious. Recently, however, federal prosecutors have been dropping charges against dispensary landlords, signaling a significant change in approach.

According to Opposing Views, several cases against property owners accused of renting to dispensaries have been dropped. One, Tony Jalali, stood to lose his property, worth $1.5 million, despite evicting the dispensary before the charges were filed.

In Jalali’s case, an undercover DEA agent posed as a medical marijuana patient, providing a forged doctor’s recommendation and purchasing $37 worth of medicinal marijuana from the dispensary on his property. 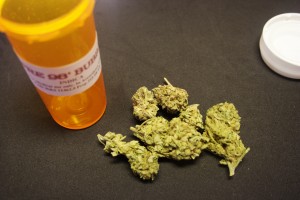 Jalali owned the building where the dispensary was located—it was his investment for retirement. When he became aware that federal prosecutors were making cases against landlords like himself, he moved to evict the dispensary in question. Still, he was charged.

At least three other cases like Jalali’s have similarly been dropped by federal prosecutors.

“It’s pretty amazing for them to come up and dismiss the cases, pretty unusual,” said Jalali’s attorney Matthew Pappas. “I think it’s a major victory for patients, for citizens in general.”

Though the Obama Administration seemed to take a hard line against marijuana in their early years, their latest policy change and these resulting cases indicate a significant shift. Perhaps voters in Colorado and Washington helped the federal government see that the American people no longer want harsh criminal penalties doled out for marijuana users—recreational or medical.

But while the federal government is backing away from marijuana enforcement, the state of California still considers pot a controlled substance.

We could be one of the next states to legalize marijuana, but until that happens you can be arrested and charged for marijuana possession, cultivation, or distribution.