Prescription drugs are used by the vast majority of Americans, most legally. But many of these drugs are sold on the black market, to addicts and to people who may ultimately take too many or be caught and sent to jail. In California, the problem of prescription drugs is growing, and lawmakers are hoping their efforts to crack down will make a difference.

As NBC Bay Area reports, prescription drug overdose deaths are at an alarming rate. The Centers for Disease Control and Prevention say more people die from these deaths than from heroin and cocaine overdose deaths combined. 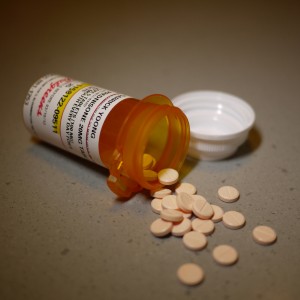 This sort of information adds fuel to the fire of lawmakers who want to see prescription drug abuse tacked and those breaking the laws to use or distribute these drugs punished severely.

“There are a lot of pills floating around this state, and it’s pretty scary,” said DEA Agent Bruce Goldberg of the current state in California.

While the news cites a Kaiser Foundation report that says California fills more prescriptions every year than any other state, it doesn’t point out that California is the most populous state in the country, so prescription drug consumption would logically be higher here.

Still, drug abuse is a problem.

In some states, the  number of prescription drug overdoses has quadrupled in the last few decades. It’s statistics like these that propel states to pass tough laws, laws that penalize those with addictions and caught in possession of drugs or possessing drugs with the intent to distribute.

In California, that means C.U.R.E.S. or the Controlled Substance Utilization Review and Evaluation System. CURES is a system that allows doctors and police to access prescription drug records of patients in order to identify those that might be doctor shopping or those that might have an addiction problem.

It was signed into law just a few months ago and has yet to start running. Used correctly and the system could prevent overdose deaths and actually get help for those who need it. Used as a tool solely of law enforcement and CURES will do nothing but increase the jail population.

Prescription drug crimes like possession are often imposed upon people who need more than a few days in jail—they need help. When faced with an arrest of this kind, you could have the opportunity to get treatment. In some cases, you could be able to avoid jail altogether.

If you are facing drug possession or drug distribution charges in the state of California, contact us today.