Unless you are a legal medical marijuana dispensary or grower, if you are part of the marijuana trade in California, you are likely breaking the law. Distributing marijuana in the state of California, to people without medical clearance, is a state and a federal crime. But as the tides of marijuana laws are changing, many are jumping on board to take advantage, hoping to build corporations that will be ready to profit off of pot in the way many companies profit off of alcohol.

ABC News recently profiled one of these people. Twenty-nine year old college drop-out Justin Hartfield says he hopes one day to build the “Anheuser-Busch of marijuana,” and he’s currently seeking funders to help him reach his goal. 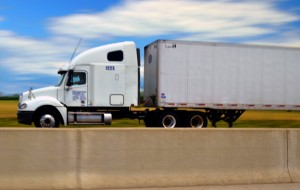 Hartfield, like many others, believe that all-out legalization of marijuana is a sure thing and only a matter  of time. Though two states have legalized recreational pot and many more have approved it for medicinal use, the federal government is holding tight to their ban. This, Hartfield believes, won’t last forever.

“It’s literally just another prohibition, but instead of prohibiting alcohol, it’s marijuana,” he said. And we all know how alcohol prohibition ended up.

Hartfield sees the development of companies making a profit off of the legal trade ofmarijuana much in the same ways beer companies have developed, with a “few families of businesses that do really well and provide a quality product at a good price point.”

But, he admits, it isn’t quite time.

“America’s not ready for ‘Anheuser-Busch producing marijuana’ yet because it’s still federally illegal.” Still, he’s preparing for when it is and hopes to raise $10 million in funding by early 2014.

Already, Hartfield and his partner are positioning themselves for the end of prohibition—something they see coming within the next decade. Hartfield has a background in Internet Marketing, while his partner previously ran Marijuana Medicine Evaluation Centers. They own the likely-coveted domain Marijuana.com.

Hartfield isn’t alone. Business-minded folks across the country are scrambling to come up with their own innovative plans for pot-profits. In the line of who will come after Colorado and Washington in legalizing marijuana, California is likely towards the top. But until then, and until the federal government ends prohibition, casual users and dealers alike can end up facing criminal marijuana charges if they choose marijuana for their recreation.