Occasional, heavy, and even registered medical marijuana users can all breathe a sigh of relief, as a misguided marijuana DUI bill was axed by the state’s Assembly Public Safety Committee.

The problem with the bill was that it would have made DUI charges applicable to nearly anyone who had smoked, ate, or otherwise partook of marijuana in the past few days, regardless of their state of mind at the time of the traffic stop. 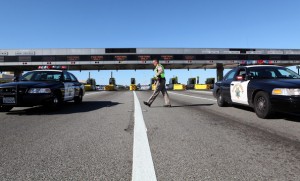 Determining just how to legislate driving while high is not easy. THC, the active compound in pot can stay in your system for days, long after you’ve come down off a high. But lawmakers across the country keep trying to use THC metabolites as the foundation of a DUI test.

AB 2500 was proposed by Assemblyman Jim Frazier. It established a limit of 2 nanograms of THC per milliliter of blood. But under this limit, someone who smoked on Friday could have been arrested for marijuana DUI on Sunday.

The defeated bill wasn’t as bad as the original, where Frazier proposed any discernible amount of THC would warrant a DUI prosecution.

“Because THC remains detectable in the bloodstream for hours or days after use, well after deleterious effects have faded, the bill would make marijuana users liable for DUI regardless of whether they were actually impaired at the time,” said CA NORML of AB 2500.

While it’s understandable officials don’t want Californians driving while high, it seems many lawmakers would like to simply penalize marijuana users for being marijuana users. The 2 ng/ml limit would have been even stricter than the one in practice in Colorado, where the limit is 5 ng/ml and is still under fire.

“The government’s own experts have conceded that chemical tests are incapable of determining impairment for marijuana, unlike the alcohol Breathalyzer,” says NORML. “Fortunately, studies agree that marijuana by itself is a much lesser road hazard than alcohol and other drugs. While some studies have detected a higher risk of accidents with marijuana use, others have not. In general, the risks of marijuana use appear comparable to those of driving with legal blood levels of alcohol.”

Though the public has seen an increase in accidents where marijuana was detected in the driver, NORML suggests this isn’t due to increased impairment but an increased use of marijuana overall. In other words, just because someone had marijuana in their system doesn’t mean they were impaired at the time of the accident.

For now, lawmakers are still trying to come up with a reliable way to detect whether or not a driver is under the influence of marijuana and if it’s to the point where it will inhibit their ability to make sensible driving decisions. And from the sounds of it, it could take them a while.