The legalization of recreational marijuana in California through Proposition 64 is great news but has created some confusion. While possession of marijuana is legal in most circumstances not been made completely legal, the full schedule of punishments under California law has been shifted to make some actions legal or merely infractions while others remain misdemeanors or felonies.

The legislation, which was approved by voters in November 2016, made California the fifth state to legalize recreational marijuana. One underreported aspect is that it works retroactively. If you have a marijuana conviction on your criminal record, Prop 64 may allow you to get your record cleared. Here’s what you should know about clearing a marijuana charge under Prop 64. 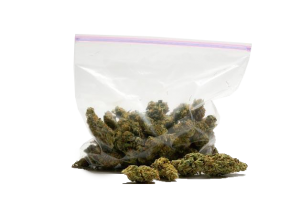 Prop 64 allows California courts to resentence people currently serving a sentence for an offense for which the penalty has been reduced while dismissing or redesignating marijuana charges for people who already completed a sentence.

Prop 64 makes the following marijuana use legal in California:

Under Prop 64, giving away, transporting, or offering to transport up to 28.5 grams of marijuana (but not concentrated cannabis) to another adult is now just an infraction with a $100 ticket rather than a misdemeanor.

The following charges were previously felonies and are now misdemeanors under Prop 64:

If you have a prior conviction for specific offenses or an offense involving a minor, the marijuana offense is still charged as a felony.

How do I get my record cleared for an old marijuana conviction in California? 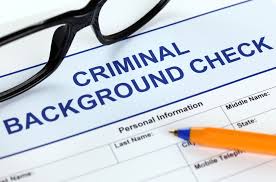 Under Proposition 64, many marijuana convictions can be entirely expunged from your record or reduced to misdemeanors. Under the law, you will not need to prove that you have one ounce or less of marijuana or six or fewer plants; the burden will be on the prosecutor. To obtain relief and clear your record, you must simply establish a prima facie case by alleging in a petition filed with the court that you are entitled to relief. The burden of proof will be on the prosecutor to prove with clear evidence that you do not qualify for a conviction reduction or expungement.

It is possible for a judge to deny expungement of a conviction under Prop 64 if you had more than 1 ounce of marijuana or more than 6 plants, in which case you should seek to have your conviction reduced from a felony to a misdemeanor. In some cases, it is also possible for a judge to deny relief on the grounds that you pose an “unreasonable risk of danger” to others.

If the offense for which you were convicted is no longer an offense under Proposition 64, your case will be dismissed. All court records, arrest records, and DOJ records will be sealed. If your offense was a felony and has been made a misdemeanor, your conviction will be reduced. If the offense was a misdemeanor and has been reduced to an infraction, it will be reduced to an infraction.

Should I Petition to Clear My Record?

A marijuana conviction on your record can have life-changing consequences, even for a misdemeanor possession conviction. Clearing your record or having your conviction reduced can help you get a job, rent an apartment, pass a background check or security clearance, and more.

You don’t need to allow a prior marijuana conviction to impact your life and impact your future success. If you have been convicted for any marijuana offenses above, you may be eligible to have your conviction reduced or expunged under Prop 64.

What about other drug charges? Can I get those cleared or reduced?

Possibly. In 2014, California reduced the sentences for possession of all controlled substances, including heroin, cocaine, meth, and prescription drugs.

Under Prop 47, if you were convicted of a felony, you can usually get it reduced to a misdemeanor, which is how those offenses are charged now. A misdemeanor conviction on your record can be much less of a problem since a felony conviction is more likely to prevent you from getting a job.

Contact us today for a free consultation so we can help you petition to have your record cleared, or charges reduced.