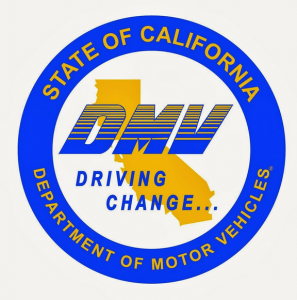 Occasional, heavy, and even registered medical marijuana users can all breathe a sigh of relief, as a misguided marijuana DUI bill was axed by the state’s Assembly Public Safety Committee. END_OF_DOCUMENT_TOKEN_TO_BE_REPLACED

Hundreds of people who were convicted of DUI over the past several years stand to have their convictions thrown out due to police error, according to the San Francisco Gate. The problem lies in the initial breath test devices used in the field, and the cops’ failure to test these devices for accuracy. END_OF_DOCUMENT_TOKEN_TO_BE_REPLACED

Eight months ago California lawmakers enacted legislation requiring all DUI offenders to have an ignition interlock device placed in their vehicles. It was just one move to further penalize drunk drivers in hopes of making roadways safer and appeasing political cries for tough-on-crime measures related to DUI offenders. But, according to a piece published this week in The Sacramento Bee, the measure might not be working as well as anticipated. END_OF_DOCUMENT_TOKEN_TO_BE_REPLACED

A bill before the US Senate would pay for research into a passive alcohol detecting device that could become standard in all vehicles in the future. But serious questions exist if all cars can stop you from driving if you trigger the alcohol detector, and what the legal implications of such a supposedly “voluntary” system would be.

END_OF_DOCUMENT_TOKEN_TO_BE_REPLACED

A Petaluma man was interviewed for an in-depth look at DUI offenders in the Argus-Courier this past week. He tells that only intensive probation and treatment were able to finally crack his own DUI problems, after multiple convictions and penalties. He suggests the same is necessary for others like him. END_OF_DOCUMENT_TOKEN_TO_BE_REPLACED

California’s three strikes laws have been extremely controversial, often punishing people harshly and out of proportion for an offense or mistake that seems relatively minor. But some cases, like a recent conviction for a DUI murder, by a career criminal is not likely to  be one of those controversial cases. END_OF_DOCUMENT_TOKEN_TO_BE_REPLACED

Starting on July 1st, 4 California counties begin a tough pilot program that requires an ignition interlock device for any driver convicted of a single DUI. END_OF_DOCUMENT_TOKEN_TO_BE_REPLACED

In an extreme, though not unusual enough case, a Redlands man is predicted to be facing serious charges in a police chase that ended with the death of a CHP trooper. The twenty year old is reportedly being held in San Bernardino County on suspicion of homicide and a slew of additional charges. END_OF_DOCUMENT_TOKEN_TO_BE_REPLACED

In this report from the New York Times, a closer look at California DUI checkpoints reveals they are more likely to catch an unlicensed driver than someone driving under the influence. Driving without a license is a traffic offense that will get your vehicle impounded for 30 days, a far less harsh penalty than those seen by DUI suspects. END_OF_DOCUMENT_TOKEN_TO_BE_REPLACED