Through this month, officials with the L.A. County Sheriff’s Department have reported 120 cases of wrongfully arrested and jailed people. This is only four fewer than last year, despite the problem being identified and well publicized since a December 2011 investigation by the LA Times. Now, officials are going old-school, handing deputies point-and-click digital cameras to hopefully prevent some of the wrongful arrests. 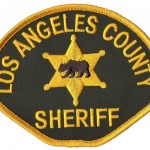 The arrests are largely happening when a person shares the same name with someone on an active warrant. Rather than seek out information that would confirm the one in front of them is the same one listed on the warrant, officers are making the arrest.

In the Times investigation, they pointed out several cases where innocent people were held for weeks and even months after being mistaken for someone else.

With the new cameras, deputies will take photos of people who are pulled over and cited, but not arrested. The photo will go in their “file” in case they do not show up for court and a warrant has to be issued. It’s a pretty simple solution, but one they are hoping will help.

The method is also far less intrusive than the one they are hoping to instate by the end of the year—requiring fingerprints to be taken of everyone cited and released.

The Times investigation found that the wrongful arrests weren’t only happening because of communication breakdowns within the department, but also because of police in other jurisdictions making arrests on warrants in L.A. County or because of the courts who issue warrants that don’t specifically identify the suspect.

A name on a warrant isn’t enough. Fingerprints, an id number, or description—something else has to be listed to ensure the right person is arrested for the crime.

As jail officials point out—when a suspect makes it to jail and claims to be wrongfully arrested, they aren’t likely to be taken seriously, as many people who are arrested don’t want to be there and will come up with all sorts of reasons why they should be freed. Instead, officials agree that the best way to solve the problem is through prevention.

Still, having safeguards in place to ensure they have the right person once they reach the jail, couldn’t hurt.

You may not have been wrongfully arrested, but perhaps the police made another mistake. From trampling your rights in a search or fudging the police report, a mistake can often cost the state a criminal case. If you’re charged with a crime—whether it’s driving on a suspended license or an outstanding warrant for an old DUI—we may be able to help. Contact us today to discuss the details of your case and the legal options available to you.