Last year, a man called 911 claiming he had been robbed at gunpoint by two men. Police responded. In pursuit of one of the suspects, they allegedly “feared for their lives” and opened fire. The suspect was killed. In the aftermath, no gun was discovered at all and now the 911 caller has pled guilty to making a false report.

According to the Washington Post, Oscar Carrillo mentioned a gun 8 times in his 911 call. Now he has been sentenced to 90 days in jail and community service for those claims, a far cry from the death sentence 19-year old Kendrec McDade faced. 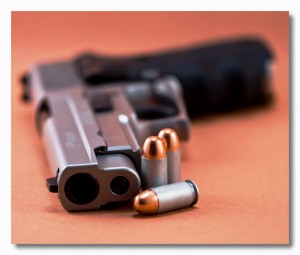 McDade was a college student. He was unarmed. And he was shot multiple times by police who thought their own gunfire was return gunfire. The Pasadena police claimed McDade reached for his waistband. And though no one knows with certainty that he didn’t, this is a common defense that officers have when found to have shot an unarmed citizen.

Interestingly, Carrillo himself was arrested on an involuntary manslaughter charge a month after McDade’s death. Officials also asked that he be detained due to his status as an undocumented immigrant. Neither of those facts kept him in jail, however.

In December, the District Attorney ruled the shooting of McDade was justified.  Apparently, as long as the officers believed McDade was armed, his hand placement near his waistband was justification for opening fire.

Only McDade and the two officers involved were present in the dark alley that night. And one of the three can’t tell us what happened. So, we have a very limited view of what took place that night. Certainly, if Carrillo hadn’t called 911, McDade would be alive. Had he never mentioned a gun, McDade may have similarly survived. But there is also a chance that the officers involved acted on pure adrenaline rather than with careful and quick consideration of the facts at hand. Otherwise, they may have recognized that all the gunshots were coming from their weapons and not the man who lay bleeding in the street.

Accounts like this make it difficult to believe that justice is weighted equally among police officers and citizens. If you’re in trouble with the law, you need an advocate on your side ensuring your rights are protected.